Had a nice tour of a few US cities with Michael Belayneh recently. Michael was in the US to support his latest release, which won 'Album of the Year' in Ethiopia (2013). I was in the band line up (guitar), and opened a few of the shows with some classic reggae and Afrobeat numbers.

Along with our great friend and colleague Kirubel 'K-Dog' Assefa, who organized and led the MB touring band, we managed to have some good fun despite the cold weather that followed us around.. even to Dallas, TX.

The first three weeks of February were filled with jam sessions and a couple of official shows in Addis Ababa, Ethiopia.     Along with  Tommy T and Kirubel, my cohorts on this excursion, we managed 8 performances in all at various venues around the city.                         Though we played at several popular live venues like Jazzamba, H2O, and Guy's Bar, I would say the highlights were 1) our set at The Acacia Jazz and World Music Festival, and 2) our second night at Mama's Kitchen, where numerous…

Come out and enjoy the Raw Bar at Ragtime..in the heart of Arlington! 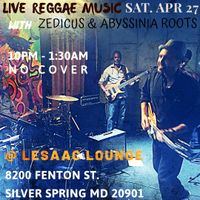 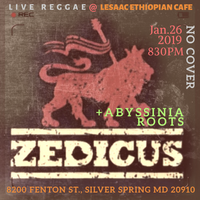